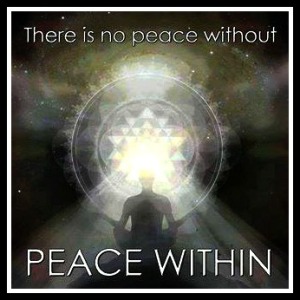 One of the first things I teach the people I sponsor is to start a journal because it’s been my experience that writing is very therapeutic especially when dealing with feelings. The tools that I teach them, are the tools that I was given in my own recovery. It is for that reason that this blog is being written more for me than anything else & it hurts my heart to have to even write it at all. I need to get out of my own head so I’m writing so I ask that you please bare with me.

I’ve gone through several traumatizing events in my sobriety and made it through still sober. That includes the death of people who were close to me. I have learned that this whole “feeling” thing although inconvenient at times, is necessary and acceptance is always the key. I also know that when you deal with this disease head on, it knows that it can’t come back at you that way so it will come at you from all sides, and that “life” is still gonna happen, sober or not. Even knowing all that, when life hits you out of left field at the speed of light and with the strength of a battering ram in full force, even in sobriety you can get the wind knocked out of you.

I’ve sponsored a great many people over the past four years and in that time, I’ve lost my share of them to this disease in the sense that they went back out and there’s nothing I can do but be there for them when and if they come back in. Sponsors have to maintain safe boundaries with their sponcees . Care but don’t get attached I guess you could say. I personally have found that to be almost impossible. You are sharing the most painful, personal parts of your life with another person and vise versa on a day to day basis. It’s hard not to form strong bonds. Some you get closer to than others, but you still bond with each of them.

One such sponcee came to me recently. He was actually one of my students in the classes that I teach. He informed me that I had reached him in a way that no other had and he asked me to sponsor him. I agreed and we began working together. We spoke of a great many things. His recovery, his past, his wife and five kids (three of which are 5 year old triplets) His progress was very slow, but I felt he was on his way. Slow progress was better than no progress. The holiday season is extremely tough on one who suffers from addiction and although I’m not sure why, one day he stopped calling me. It’s been my experience that when a sponcee does that, it usually means they’ve gone back out. I got a phone call today (December 15, 2014) from his wife. She finally found my number and wanted to call me to let me know that on Wednesday, December 10th, Adrian was found hanging by a tree. Was it the holidays? Was it the stress he was under? His addiction? A combination of it all? No one will ever know.

This is…….I think I’m still in shock. My heart hurts more than words can say. It hurts for the pain he must have been going through and so broken that he felt there was no other way. I hurt for his wife and children that will never know how much he truly did love them. Last but not least, I hurt for me because I lost someone special and feel to some extent, I failed him. I’m even angry because he felt there was no other way. I’m hurting like any normal human being would and because I’m not completely the expert on dealing with my emotions yet, I’m a bit twisted up in-spite of the knowledge my program has taught me. I called my own sponsor immediately after I received the call. He helped bring me back to earth and made me realize that I didn’t fail Adrian, his pain was just too deep for anyone to reach him. Of course that didn’t ease my pain any, but it did help me to think more clearly.

I guess the only good thing about this situation is that in-spite of the things going on with my emotions and thoughts, the one thought that hasn’t gone through my brain is the thought of a drink. Nope, not once. Further confirmation that my program of recovery is working for me even during the worst of times. The only me would have been to the nearest liquor store half way through the conversation I had with Adrian’s wife. That’s the way I dealt with pain. I stuffed it in and drowned it out. Drinking over this tragedy or any other situation wouldn’t do me a bit of good or solve anything at all. It would only make things worse and put my own life at risk. The fact that I don’t want nor have I even thought about a drink is a sheer miracle by the grace of God and one that I am extremely grateful for today, tomorrow and always.

Thank you for letting me vent.

One thought on “Holiday Loss”