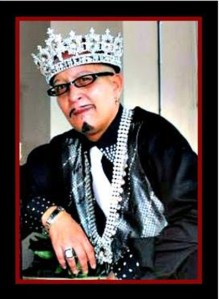 I’m not sure where to start, so I think I’ll just give you some insight on my own addiction….  Greetings from the Sunshine State!  I’m AJ Menendez,  Alcoholic / Addict

Admitting I was an alcoholic was something I wanted no part of….I justified my every action, no matter how bad it was.  I lied, cheated, manipulated. I was egotistical, selfish and self centered. Of course I didn’t see it that way, but came to realize it after I gave up the bottle. I always thought my life was “normal” In no way did I ever see my life as “unmanageable”

The bottle became my confidence, my voice, my strength.  It was my existence.  I didn’t care who I stepped on or hurt as long as “I was happy” that’s all that mattered.   I once tried to throw my 14 year old child out of a second story window while in a drunkin’ stooper because he pissed me off…AND I JUSTIFIED IT. My attitude was “He shouldn’t have pissed me off.” It’s not something I’m proud of. What’s worse is that even after that incident, I still didn’t get sober for another four years. I didn’t see that as “unmanageable”  I almost ruined my reputation as an entertainer and a person, almost lost everyone that was important to me, yet I still didn’t see the drinking as a problem.

Most alcoholics / addicts maintain a sense of anonymity when they get clean / sober. I chose not to.  Why?  Because my fans, friends and family were in the mist of my addiction right there with me…I wanted to share my journey in sobriety with them as well.  They already knew the monster in me first hand….I wanted them to see thehuman being under it all. One can’t get sober for any other reason other than themselves, I found that out the hard way and relapsed after forty-four days.  It wasn’t until after that relapse that I pulled my head out of my behind and got serious about my own recovery.  I learned real quick that I had to do it for ME and ME alone.

Anyone can get sober…all you have to do is stop making excuses, be honest with yourself and seek help.  Asking for help doesn’t mean you’re weak, it means you’re strong.  Strong enough to know you can’t do it alone.   I wrote a poem when I was just 6 months sober that I’d like to share with you….

When I look in the mirror

I see the person I am today

not who I used to be.

I used to be a monster

fueled by alcohol and pride

a monster who manipulated

crossed the line and lied.

The monster that I used to be

and as long as I can keep her there

a REAL life can begin.

I can’t forget it’s waiting there

just waiting for me to fall

the second I think “I got this”

I could easily loose it all.

for that there is no cure

if I allow those thoughts to pull me in

I know I’ll fail for sure.

I see the monster for who she WAS

and for who I used to be

but today I know I’m better

and that “Monster” is no longer me.

Looking back at all the damage I caused

I now realize I was consumed

by a disease that almost did me in

it had me thinking I was doomed.

My actions were fueled by addiction

which I found the courage to fight

allowing “the real me” to shine through

now I can sleep in peace at night.

I can’t take back my actions

or change the past in any way

but I can continue to try to be

the person I am today.

Today I’m proud of who I am

but I’ll never forget the fact

that the moster I was still lives within

and Just ONE drink will bring her back.

By: AJ Menendez aka Brooklyn Wade

That was only SIX months after getting sober….my life is better today by ten fold. It really does get better one day at a time.  If you THINK you may have a problem, don’t be embarrassed…feel free to hit me up and we’ll talk. If you have comments or concerns on this subject, fire away.  Don’t be shy……I’m not. LOL